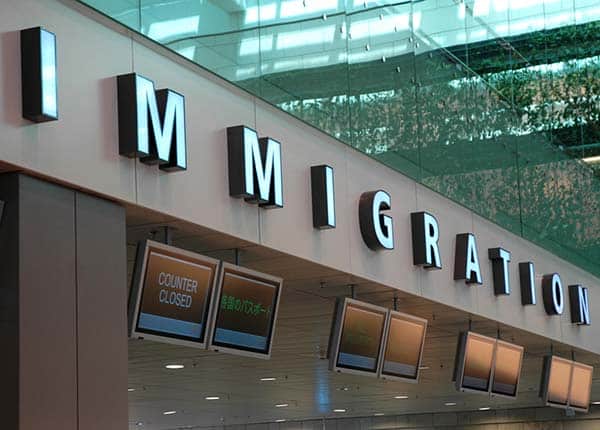 What will happen to the British immigration policy after Britain’s exit from the European Union? Even if the free movement between UK and EU looks like it’s coming to an end, we still don’t know exactly what the UK plans in order to control the immigration level.

After all the pressure, it looks like the British government has finally made a call regarding the immigration rule and said that an urgent review will be made. Since there are lots of working immigrants in the UK, if this problem will not be fixed soon, it will surely damage some important UK firms.

Since the government faced big problems even before the negotiation between the UK and the European Union began, this process seems like it will last forever.

With all these things happening, you may be wondering about the outcomes of the Brexit and how they will influence you if you are an immigrant or a UK citizen.

In order to answer these questions, let’s think about what the government said it wants. Well, it indicated that by March 2019, the free movement of people as it happens today will end. Therefore, until we reach that date, the government will negotiate a transitional period. This means that the free movement in and out of the UK will be more or less limited and it will soon end in a legal way. However, it will practically continue, but the people who are coming for the first time and need to register will have a disadvantage.

If you already are a worker or if you live in the UK, then you will be protected by a special system that will give you the chance to settle in the UK if you lived at least five years in this country.

Since the demand is high, the British government is trying to introduce a new immigration system that would please anyone.

Currently, in the UK, there is a points-based immigration system that was introduced in February 2008 by the Labour government. Before that, there were 80 different types of visas to be granted. This system was based on the Australian one, but there are certain differences between the two of them and further, we will try to focus on why the Australian system would be good for UK immigration, rather than the British system.

This system features many tiers and sub-tiers based on various categories of people. They are:

Being called a points-based system, it means that you have to earn the points somehow. Well, there are different criteria on how you can earn these points depending on the tier you fit in. The main criteria are the financial capacity to support yourself, your age, previous experience and how well you speak English.

However, there are special ways to enter into the first two tiers. Not everyone can be part of them because not everyone has an exceptional talent or a great job. The first tier gives you 1,000 points per year whereas the second tier earns you only 70 points.

At the end of 2015, BBC estimated that almost 630,000 immigrants arrived in the UK with the objective of staying more than one year. 270,000 of them were from the European Union and no more than 83,000 of them were British citizens.

Therefore, that’s why the United Kingdom needs to update its points-based system.

Thinking about the numbers, Australia was quite active too, although not as visited as the UK. It capped 190,000 economic immigrants and no more than 20,000 humanitarian immigrants.

The points system in Australia was firstly introduced in 1972 but it was lastly updated in 2011. The Migration Programme is divided into two classes: employer-sponsored or skilled worker.

If employer-sponsored visas are not tested, the skilled-worker visas are. A person needs to meet at least 65 points in order to qualify for this visa. The points are given depending on recognised qualifications, previous working experience abroad and age.

A difference between UK’s system and this one is the character test that is mandatory in Australia. This test aims to exclude anyone who can harm the Australian society.

Since we talked about Australia and UK’s systems, we believe it is fair to at least mention Canada’s points-based system that is the oldest one, being introduced in 1967.

This system also makes the difference between skilled workers and the other types of immigrants, but Canada’s system is recognised to prioritise the desirable immigrants rather than the specific job offers.

So, in conclusion, the Australian or Canadian points-based systems would be a good influence on the UK’s system after Brexit because they allow skilled and highly-skilled workers to come with more ease to the United Kingdom. Currently, there is an active points system in the UK, but it could do with some improvements because there are very limited quotas and even doctors are having trouble getting visas.