What Happens After Brexit? The Best Time to Getting Your Permanent Residence or Citizenship 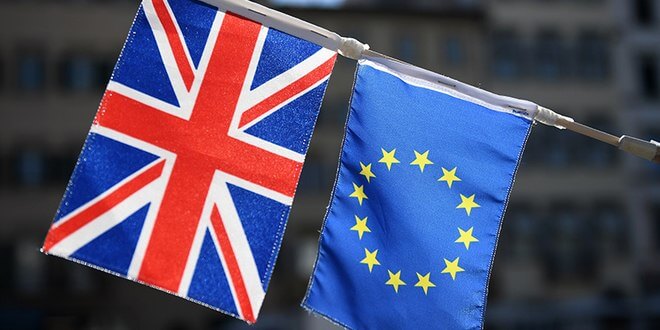 Brexit is just around the corner, with March 2019 creeping closer with each strike of the clock. There are currently around four million immigrants in the EU – but no one really knows what’s about to happen to them once Brexit is in place.

“Should we stay, or should we go” is mainly the motto that is going on – because no one really knows exactly what they want to do. England has a variety of workplaces to offer for those who decided to work abroad – but unless you actually plan on staying there, you might have some difficult times.

Granted, things will be rather complicated even if you decide to stay. However, if you manage to get your citizenship, you won’t be forced out of the country. But how can you get your citizenship – when you aren’t actually a member of that community? What will happen to you? Well, this article should clear some things up for you.

The Differences between British Citizenship and Permanent Residence

If you are an immigrant in the UK, you’re probably wondering this: “why do I need to get a British citizenship if I already have my VISA in order?” Well, here’s where things get rather tricky; with only a VISA, there’s always the chance that you can be deported – particularly when things don’t go your way at work. This is why permanent residency or a British citizenship should be put in order.

However, few people know that there is actually a very big difference between regular citizenship and permanent residence. They’re tied closely together – but they are still very different.

A permanent citizenship allows you to live in England permanently and indefinitely – without having to renew your VISA on and on. You can remain in the country for as long as you like – but there are some things that you might not be able to do. You’ll still have to go to your own country to apply for a passport – and you’ll practically be regarded as a stranger in the UK.

With a British citizenship, however, you get to live legally in the UK, work, act and have the rights of a regular British citizen. You can apply for a passport or an ID there without having to go to your country’s embassy – or even back home. In any way possible, you will be regarded as a person that was born among the Brits – at least, legally speaking.

Still, to get your British citizenship, you first have to get your hands on permanent residence. It’s a process that you’ll have to go through – and which might require a lot of paperwork.

The Current Situation of EU Citizens

So, you feel the clock ticking and you’re wondering how things will change for you. Right now, you only have your VISA to go on – so what do you do next?

Well, right now, if an EU citizen has lived and worked in the UK for at least five years, that person has automatically received the status of permanent resident. Granted, there will be a fair amount of paperwork to be done to prove your settlement.

Still, what if you don’t have the number of years necessary to get your citizenship? Will you have to leave come March? This is a question that has brought many immigrants into a panic, since Brexit may mean that they will be sent back home – whether they want to or not.

However, this is not the case – and even after Brexit occurs, you will be able to work in the UK freely, on a temporary status. This will allow you to stay legally in the UK until you are able to get your citizenship.

Should You Get Your Citizenship?

If you plan on staying in the UK even after Brexit – and don’t want to risk being repatriated – then it might be a very good idea to get your citizenship. This will be possible once you have stayed in the UK for six years: five years for permanent residence and six for citizenship.

However, make sure that your country of origin permits dual nationality. This can also affect your tax position, so ensure that you have done your homework.

Should You Wait to See What Happens?

At this point of the year, nothing is yet happening – which sends most UK immigrants into a sense of security. The British government already gave note that the new settled status will be introduced by the end of 2018 – and right now, you don’t need to do anything.

There is also the possibility that the EU and the UK will not reach an agreement – in which case, the UK will be forced to backtrack on their plans and go on a completely different way. In this case, you might want to have the papers stating your citizenship in order.

You only need to pay around £65 for permanent residence – after which you can swap it for citizenship for free. It’s a small price to pay if you want to stay worry-free in the UK.

You can leave your citizenship for later and see what happens – but with things being so messy, you shouldn’t. There’s always the chance that laws will change after Brexit – and unless you have permanent citizenship there, you might stumble across needless troubles and worries.

If you want to get your settlement status in the UK, we can help you in that aspect.