White Paper to Establish Rules for Migrants after Brexit 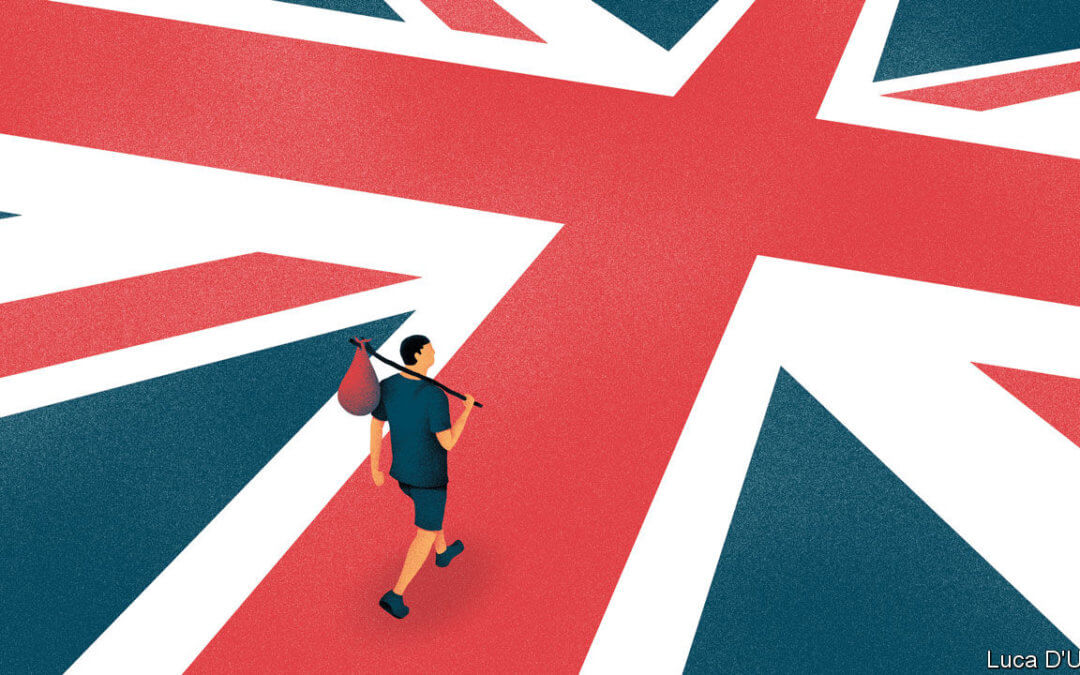 Brexit has received a lot of attention from the media, and a lot of people have been speculating about what would happen to migrants. Now, it has been announced that tens of thousands of low-skilled migrants have the possibility to work in the UK for up to a year. This has been proposed under the new post-Brexit immigration rules.

It will last until 2025, and its aim is to protect the economy parts that are reliant on overseas labor. The campaign group Migration Watch even went as far as to call the idea “shocking”.

According to home secretary Sajid Javid, the system won’t focus on where the migrants are from, but rather on the needs of the UK, thus being “open for business”.

Mr. Javid also declared that although there was no specific target when it comes to reducing the number of migrants, net migration would come down to “sustainable levels”.

Besides all these, the White Paper that was so delayed also includes:

Mr. Javid also said that proposals would give the UK the power to control its borders and deliver on the clear instruction of the British people when they voted to depart the EU.

Putting an end to free movement is a part of Theresa May’s Brexit deal, but there is also a replacement system set to be a part of the post-Brexit trade talks.

Migrants that are either unskilled or lower-skilled will not be able to come to the UK and settle there forever, according to the government. Still, as a traditional measure, people who come from low-risk countries will have the right to come to the UK and look for work for up a year, without a job offer.

The scheme is made in such a way to fill vacancies in certain fields, such as social care and construction, which are dependent on EU labor. Ministers are also afraid that it could struggle to adapt when the free movement comes to an end.

Once the year passes, there will be a period of cooling off, which means that migrants will have to leave at one point in time, being unable to apply again for the next year. In addition, ministers say that the applicants who will have to pay a fee and gain no access to public funds will not be able to switch to other migration schemes.

There’s no surprise that the numbers being admitted like this would be similar to the 170,000 migrant workers from outside the EU Economic area who are low or unskilled. The government said it has the right to lower the number or impose numerical caps prior to a review in 2025. However, according to lower migration campaigners, the plans were overwhelming.

Migration Watch declared there’s no method to make sure people left after a year and the immigration figures could be distorted as a consequence. Lord Green considers the government’s act to be shocking, as it ignores the strong public’s desire to get immigration down. Lord Green also said that the ones benefiting the most out of this situation will be businesses because they exploit a lot of workers from around the world. At the same time, they avoid the responsibility of the public to recruit and train up local talent.

The White Paper was created to build an immigration system that is based on skills. Part of the delay in its publication was the fact that there was a dispute over offering a £30,000 salary threshold for workers who are very skilled.

However, the plan is to create a path into Britain for those who are not lucky enough to be skilled, which could be quite controversial. The document declares that the reason for the route is that there are sectors that have built up a “reliance” on such staff from the EU. They apparently need some time to adjust once the freedom of movement comes to an end.

Still, this scheme will be valid until at least 2015, and open to those in other low-risk countries, not exclusively to the EU.

It raises the prospect that the immigration system built by the government is about making sure there is a flow of unskilled workers similar to that of skilled workers.

No Cap on High-Skilled Workers

As mentioned, the White Paper introduces a new visa route for migrants with skills, from Europe and not only. It accepts a recommendation from the independent Migration Advisory Committee to fragment the existing limit of 20,700 on workers classified as high-skilled. They will come to the UK using their “Tier 2” visas.

If you don’t know already, Tier 2 is the name used for general work visas by people who live outside the European Economic area and Switzerland. These are people who have been offered a skilled job in the UK, and those eligible for it are doctors and nurses.

Consultations will be made regarding the salary threshold of £30,000 for visas for skilled workers. This rule is already available for non-EU workers in most Tier 2 visa cases. However, it could apply to migrants from the EU as well.

If it gets extended to skilled migrants, it could have an impact on the NHS’s ability to recruit the needed staff, as warned by the body representing NHS trusts. The NHS Providers deputy chief executive Saffron Cordery has given an opinion to Today. The deputy chief executive has said that they are concerned about the things that are going to happen because having high skills doesn’t mean there should be a higher salary. People must remember where the skills lay, which is in that staff below £30,000.

Furthermore, the document suggests that the changes could have a bad impact on the economy, which could be reducing GDP or annual output.

Mr. Javid has participated in a BBC interview where he refused to say whether the government’s target to reduce net immigration to less than 100,000 will be available after Brexit. The net migration is the difference between the people leaving the UK for at least a year and the people who move to the country for at least a year. Still, Mrs. May confirmed that the government was sticking to the tens of thousands idea.

For Labor, Diane Abbott, who is the shadow home secretary, has declared that the government has made a mistake. Workers on less than £30,000 were labeled as low-skilled, which is an insult. Apparently, they did this even though the economy and public services are kept under pressure by the majority of workers. The government doesn’t rely on skills, but rather on income, which allows free movement to the traders. At the same time, it excludes social care workers, nurses and other jobs in which there are important skills.

In addition, according to the First Minister of Scotland, Nicola Sturgeon, the government’s plans will have a negative impact on the Scottish Economy. The reason is that the demographics make it mandatory that people are drawn to living and working there.

The general director of the British Chambers of Commerce, Adam Marshall, also had something to say. According to him, employers are worried about the cost and complexity that come with the new rules for immigration. They are also worried it will impact their ability to grow and invest during a time when many other areas are facing almost full employment.

At the same time, business groups said that the salary threshold has to be lower than the one proposed by the government, which is £30,000. They also gave a warning about how the proposal could tie the employers’ hands.

Who Is Considered a High-Skilled Worker?

At the moment, those who are considered high-skilled workers are people who are eligible to apply for a Tier 2 general work visa. They must be from outside the European Economic Area and Switzerland, and their visa can last for up to 5 years.

There are various jobs that are considered fit for the high-skilled category. They range from doctors, nurses, paramedic, and social workers to aircraft pilots, architects, journalists, lawyers, probation officers and more. In the majority of cases, the migrant has to earn at least £30,000 annually. For new entrants, they should earn £20,800. If not, they should earn at least the appropriate fee for the job if the figure is higher. However, there are certain professions, such as nurses, which are exempt.

There are also other people who are eligible to apply for a Tier 2 Visa. These people are those who perform jobs needed by the UK. It is possible even if the job is lower-skilled and ranked at RQF level four.