Only 2 weeks until the EU referendum 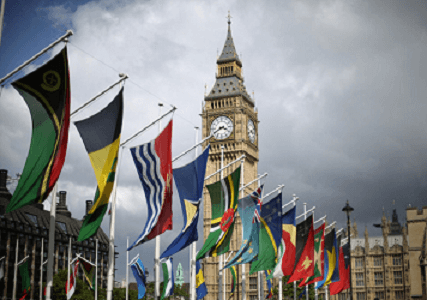 The EU referendum is only 2 weeks away. On Thursday the 23rd June 2016 the people of the UK will vote to decide whether they stay in the EU or leave. The matter is much more complex than a simple question of leave or stay. There are many arguments from both sides and many quite obvious half truths, scare tactics and mixing of statistics to make either side look good or bad. Whatever the outcome of the referendum, migrants should still be respected and their value and worth recognised. 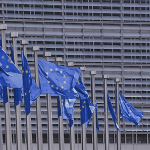 What happens if the UK stays? Will everything still be the same?

No one can answer this question with any certainty. If the UK decides to stay everything may stay as it has been in the past. The alternatives are that the government may want to further reduce non-eea migration since it can’t control eea migration. This could result in a restriction of visas in some form or other. Given that Tier 2 visas are already in short supply there is practically nothing left to cut. The current government has abolished the High skilled Tier 1 General visa which attracted the brightest and the best to the UK. This visa was a great source of highly skilled workforce for the UK with many post graduate IT, Finance and Health professionals able to avail of this option. Then the current government closed the Tier 1 PSW visa. This was a great visa for those who wanted to gain some international experience through working in the UK. Unfortunately, many who came to the UK to avail of this great opportunity had the carpet pulled right from under them. One shocking example is the story in the guardian of the Australian family who came here expecting to be able to use this visa. It was closed and then they were left in an awkward situation like many other migrants.

Tier 2 numbers have been slashed as well since the current government took power. They have also introduced the £18,600 earnings requirement for spouse visas, putting a price on love and breaking many families up. Overall, the current status if non-eea immigration in the UK is very poor and options are atrocious. There are many high skilled and required professionals all around the world from India to Canada and from Brazil to Australia who could offer vital services to businesses and various sectors throughout the UK. Unfortunately, many of these can’t obtain a Tier 2 visa due to the limits placed on both the employer and the migrant. so you see, from this that the UK is currently suffering from being in the EU. What I mean by suffering is that the businesses in the UK are unable to recruit or gain the help they require due to the over compensation of restriction on non-eea nationals. The workers from the EU are fantastic and add just as much, but when an employer finds someone who is not from the EU then they are usually stomped and out of luck. Complex application procedures, HR complexities and many other requirements make this unreachable for many UK employers. With the Tier 1 General visa employers just had to check the visa and they could employ them the next day just like any other UK employee. No complexities or headaches involved. If the UK stays in the EU then we can expect more non-eea bashing from the government and the status quo will continue. 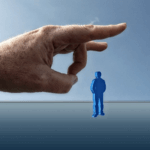 What happens if the UK leaves the EU?

The other alternative is what the leave campaign have mentioned. They discussed a points based system similar to Australia and Canada. That way the UK would choose who they require and when. If there is a shortage of fishermen for the north sea then they can be added to the points system, likewise if there is a shortage of doctors, nurses, chemical engineers or farm workers then these can be given points to qualify as well. With a points system, it can be geared to chose who the UK needs based on economic and developmental needs. This will help reduce unnecessary distribution of jobs away from UK nationals as well.

Will a Points Based System Work?

It might work if implemented properly. Something we can not exactly expect from this government. Maybe if some fresh faces got involve din the UK immigration policies they could create a system whereby the best in and out of the eea countries were able to come and work in the UK to fill skills needs.

To summarise, the results can bring many possible changes. Hopefully, whatever the changes migrants from both the EEA and non-EEA countries are treated with respect and dignity and given the opportunity to contribute to the UK.