VFS Global: A Broken System in the UK

There’s no getting around it: VFS Global is a broken system, and it’s affected the lives of those seeking UK visas. We’re sharing what you need to know here.

Brexit proved to add several layers of complication to many things UK residents take for granted. Trade agreements are under speculation, currency has devalued, and immigration standards are up for debate.

People from across the political spectrum have met the decision with criticism, and will no doubt continue to spark debates as the country moves closer to the invocation of Article 50.

It’s causing a real concern for those interested in obtaining a UK visa, and those in the country under EEA treaty rights.

But there’s another problem with UK immigration that consistently gets overlooked.

As of March 2016, immigration of non-EU residents came to 282,000 people. That’s 14,000 more immigrants than seen from European Union countries.

Yet, non-EU residents are constantly seeing their visas denied or mishandled due to the UK Home Office outsourcing to VFS Global.

Seventy-six countries are currently included in the outsourced program, and their citizens must go through this channel to obtain their visa. 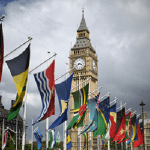 The company’s relationship with the United Kingdom started in 2005 when a pilot program launched in partnership with UKVisas to help ease the strain on the immigration office’s visa processing. Ironically, it was also aimed at streamlining the process to get a visa.

That same year an Indian man sent an email to UKvisas and VFS, informing them of a data breach in the VFS online system. Visa application information revealed itself when someone entered a chance URL, including passport details. This made identity theft a real possibility for anyone using the system.

No follow up to this incident took place until 2007.

Similar information was also accessible on VFS Russian and Nigerian websites during this time period. The company again ignored complaints from concerned users.

In 2007, a journalist received word from the original complainant in India with details of how the breach worked, and proof of VFS ignoring his claims.

It’s important to note that in February 2007, UKVisas standardized their outsourcing arrangements with VFS, adding many more countries to the program. This decision came before the saga in India came to an end.

In May of 2007, pressure from the media and UKVisas finally resulted in VFS’s closure of its Indian web portal. Eighty thousand Indian applicants had been potentially exposed before the company patched the breach

What’s more, after the leak, the Foreign Office promised to significantly reduce its outsourced work. This has not yet occurred, 9 years later. In fact, it outsources more than ever. (We’ve already mentioned the 77 countries which the UK currently outsources to VFS.)

All in all, it’s safe to call that a horrendous history and an insult to the integrity of visa applicants who’s information was under threat of leaking.

It’s also a knock on the ability of the UK government to follow through on it promises.

In 2015 VFS security was again called into question, when two Russian nationals discovered that inputting another person’s identification number could provide access to their full account, including date of birth, passport details, and address.

The men who discovered the VFS system called its apparent disregard for security, “Kafkaesque,” and we’re inclined to agree. 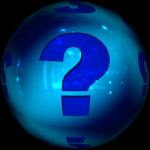 An Ambiguous System Void of Answers

Today, VFS Global fairs no better in the opinion of those forced to deal with the company.

Oh, and when we say they “deal” with the company, we just mean having their visa paperwork processed on time without any errors or lost passports.

Unfortunately, the horror stories only get worse.

Our other frightful story comes from a man living in Malaysia who attempted traveling to the UK to see his wife and children. VFS staff refused to proceed with his application because he lacked a TB certificate. The problem was, he didn’t live in Malaysia longer than 6 months, and therefore didn’t need one.

So much for following immigration policy and adhering to standards set forth by their clients.

An online search doesn’t paint a better picture, either. Several Trip Advisor pages exist to warn people away from the failed system that is VFS Global. There’s even a Facebook page detailing experiences with the company. We don’t want to ruin the surprise, but, the reviews aren’t great on social media either.

If EEA Nationals are forced to use the VFS Global service after Brexit, then we can expect to see a potential disaster through this poorly run and badly operated third party. No one is held accountable and there is no way to raise a concern. Making a complaint will get a generic response that someone is looking into it, but this does little to resolve family issues or help those who lost a job due to their blunders.

Save Your Voice For The Home Office

History has shown us that VFS Global is more than eager to turn a blind eye their shortcomings.

If you’re applying for UK visa and something goes wrong, call the Home Office. We need to show them this issue is affecting immigrants who otherwise want to contribute to the UK. The United Kingdom’s leaders need to hear that this company is keeping apart families.

This is a country who’s foreign nationals are uncertain of their status; so our voices will need thunder to turn their ear abroad.

WMImmigration dedicates itself to giving people a fair chance at moving around the world. Our mission is to support the free flow of human capital, and all the benefits brilliant minds and skilled laborers can bring to the UK.

We know the ins and outs of UK immigration — from workers visas to EEA spouses — and would love to offer our advice to those in need.

Regardless of where in the world you’re located, our contact form is the best way to get in touch with us. We’ll have a UK immigration expert get back to you as soon as possible with any advice we can offer.

We always encourage seeking professional counsel before traversing the water of the UK Home Office, so please don’t hesitate to get in touch with us.

If you don’t want to wait months for your immigration application to be processed in the UK, we can assist you in getting it processed at the Home Office Premium Service Centre. We can have you booked in for an appointment in a matter of weeks and you will get your visa approved same day. No more stressful waiting! Our experienced representatives will attend with you to ensure a smooth application.