What Does the Future Look Like for EEA Workers After Brexit?

How Will Brexit Impact the Future of EEA Workers?

Brexit’s impact on the future of immigration and EEA migrants remains undetermined. We’re taking a look on how current EEA workers can prepare for the future.

People the world over are wondering what Brexit means for the future of the UK, the EU, and the world. And EEA workers currently in the UK are especially invested in the outcome. This is personal.

Brexit has been interpreted as a vote on immigration, and in particular as a response to increased migration to the UK. The impact of this vote on the future of immigration and EEA migrant workers, though, remains to be seen. If you’re an EEA worker in the UK, you’re left wondering what the referendum means for you, your family, and your fellow EEA workers. Will you be able to continue life in the UK? Or, will you be forced out?

There are grave uncertainties and the potential for a bureaucratic nightmare. Consider one chief complication: the law doesn’t require residency documents for EEA workers, so The Home Office doesn’t know who EEA workers are. How will they determine who can stay and who must leave?

EEA workers need to understand as much about the potential futures as possible and do all in their power to positively affect their chance to stay in the UK.

We’re here to help you.

First things, first. Don’t panic. No matter the eventual outcome, the changes are not immediate. The UK is still a member of the EU at present, and will remain so for the negotiation period (which should last up to two years from the moment the government officially invokes Article 50). For the time being, then, the freedom of movement laws remain intact and EEA workers can stay, even leave and re-enter, legally.

Even still, with changes coming, it’s wise to think on the contingencies, lest the exit sneak up on you. Since the government has not officially assured that EEA workers currently residing and working in the UK will be allowed to stay, seek to control all you can. 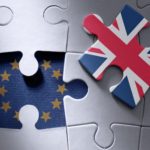 The UK is an EU and EEA member.

The European Union (EU) is a political and economic union formed to reduce trade barriers and foster cooperation among its members. It operates a single market to allow the free movement of goods, capital, services, and people among its member states.

The European Economic Area (EEA) is the name for the members of the EU plus Iceland, Norway, and Liechtenstein. (Switzerland is not an EU or EEA member, but Swiss Nationals enjoy many of the same rights as EEA members with respect to the UK.)

Under current law, EEA nationals can enter the UK for up to three months, at which point they must be employed or otherwise self-sufficient to stay (except for in exceptional job-seeking and student cases). EEA workers have unrestricted access to the UK job market. After five years in the UK, so long as there is not prolonged absence, unemployment, or criminal offense on their record, EEA members automatically qualify for permanent UK residence. Another year later, they can apply to naturalise as a British citizen.

Brexit’s impact on the future of immigration and EEA workers depends on the agreement the UK seeks (and eventually reaches) with the EU at the exit.

The UK could remain part of the EEA, and in that case there would be no change to the freedom of movement laws. This would be the least disruptive course, and also a course that has been tried and tested by the likes of Norway, Iceland, and Liechtenstein.

Will EEA members eventually be treated like non-EEA members? It seems likely. In that case, a point system could apply, and the cost to hire EEA members would greatly increase – employers beware. Non-EEA members can typically only live and work in the UK with a job offer and company sponsorship.

Will similar visa and sponsorship requirements become necessary for EEA workers? Quite possibly. It’s virtually impossible for non-EEA unskilled workers to legally make their way to the UK. Will there be enough UK workers to take the place of displaced EEA workers in agriculture, hospitality, catering, and healthcare? Some are worried.

How can current EEA workers prepare for the future?

Certain rights of residence flow automatically to EEA members, but this is not the moment for trusting the system to work in your best interest. We hope a transitional offer will come together to protect EEA workers and their families currently in the UK if the UK does not remain in the EEA. But we don’t really know what the UK-EU agreement will be, or who will be in charge once the agreement is in effect.

So, get your paperwork in order, and seek our advice to be sure you’re in the best position to remain in the UK.

The Home Office is supposed to complete requests for EEA residence within six months, but has not always been able to keep this promise. With the influx of applications, the timeline is likely to be longer, and the requirements could get more complicated as a way of helping The Home Office lessen their load.

The message here is: don’t wait to find out the truth about your situation, or to act to the fullest of your ability to make your future in the UK possible. Reach out to us with questions.

Need Help To Get Your UK Residency?

This website uses cookies to improve your experience. We'll assume you're ok with this, but you can opt-out if you wish.Accept Reject Read More
Privacy & Cookies Policy
Necessary Always Enabled
WM Immigration are UK Immigration Lawyers - Get in Touch if you are seeking assistance in making an application